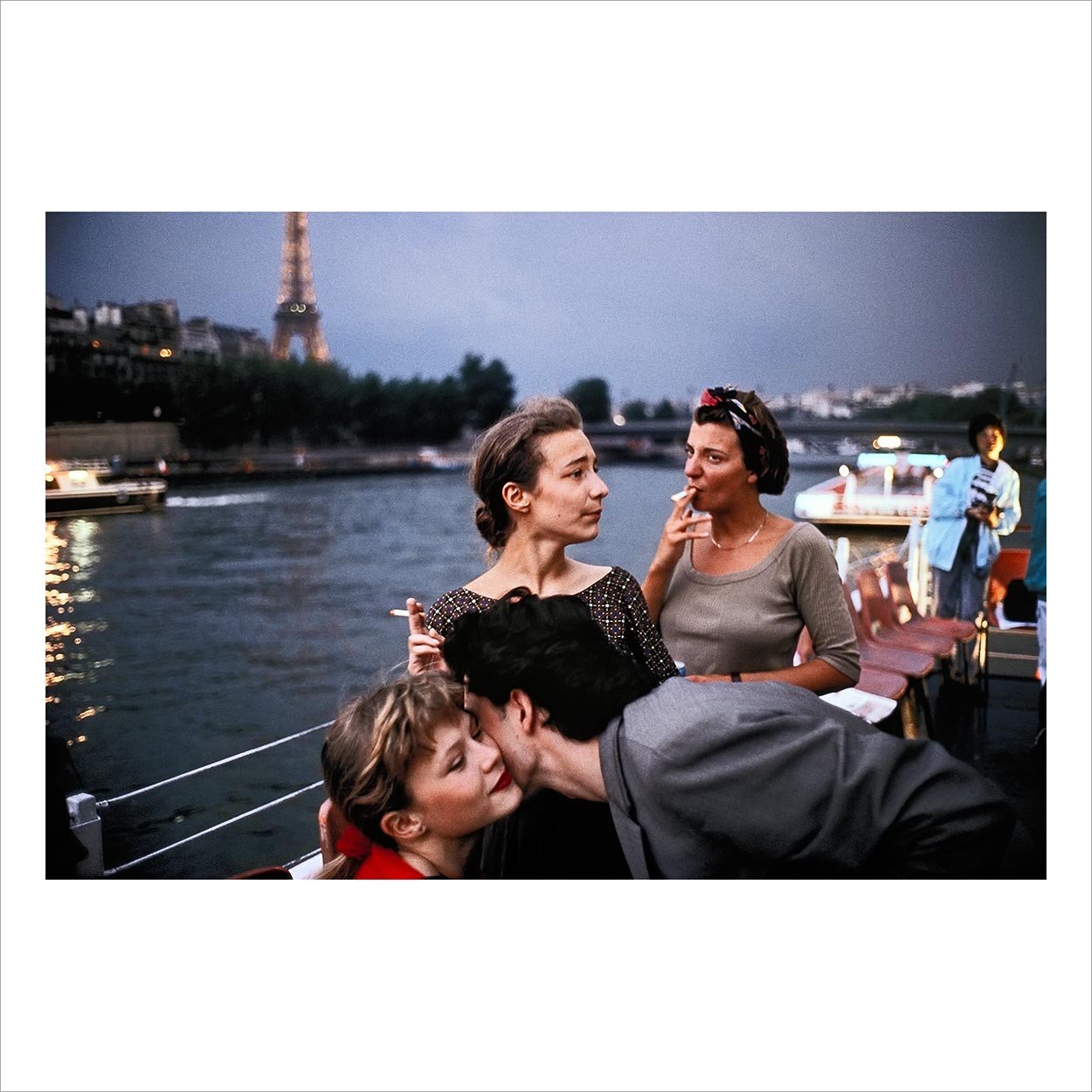 “The first photographs I took were of fields and animals and my older sisters in 25 de Mayo costumes.
I was a kid then, but I’m still making those same pictures, in different shapes and with more elaborate narratives, but still attached to the same concerns and general melancholy. My favorite thing to do then (and now) was to lie in the fields belly up and wait for horses and cows to come sniff me while I held my camera under their noses. Years later, in those same fields, with Belinda and Guille we played out all sorts of scenarios and little dramas and sketches and still-lives and dances and singing and all kinds of general silliness, so that the fields became this grand expansive stage.
In this image they are at the peak of adolescence and many changes were brewing as they lay in wait.”

In May 1954, the photographer Eugene V. Harris met Werner Bischof in Machu Picchu, and wrote:
“On the last night of my brief friendship with Werner we sat before a fireplace, high in the Andes mountains of Peru, talking photography most of the night. I shall always remember his advice to me: ‘to take pictures with your heart.’ His deep compassion for the humble people of the world, as revealed in his photos, will leave its permanent im- print on the work of other photographers.”

“Connection in photography can take many forms. While one typically thinks of the connection in photographing people one knows, there can also be a kind of intimacy with a place or a culture itself. As a street photographer, it is this latter connection that intrigues me. Over the years, I’ve learned that each culture demands its own unique and com- plicated approach—often with many nuanced variations—in order to photograph the life of its streets. For instance in Mumbai, people some- times seem so interested in strangers, one may later discover smiling faces peering into the edges of one’s photographs. However, in a city such as Kochi in southern India where I took this photograph, one may also encounter unexpected quieter moments.
Ultimately, no matter how gently and respectfully one tries to photo- graph in a culture other than one’s own, how long a street photogra- pher can linger is largely thanks to the grace of others.”

“I was to cover a piece of France for a NatGeo special issue on France. I decided I did not want to do historic France but rather modern young France. French teenagers. So I did what I always do: reduce the scope. I chose one group of Parisian teenagers who formed a sort of gang.
A nice gang; friends. I became one of their group for several weeks. I went to school with them, hung out everywhere with them, saw them succeed, saw them fail. Judith pictured here with the cigarette was the leader. There is always a leader. I was especially happy with this shot taken on their graduation day directly on the Seine in front of Henri Cartier-Bresson’s house. I was always referential to Henri even in col- or during this era. Clearly I bonded with these young French. We were like family when I had to hug them goodbye, and for them it meant goodbye to their childhood.”

“Emotions, like photography, are spontaneous and fluid. A situation that one thinks might lead to feeling empathy can instead leave one feeling detached and alienated. But sometimes, a fleeting moment just caught from the corner of the eye can draw you in and connect you. It can’t be planned or managed. Good photographs are the same.”

“This is the picture I get the most compliments on. I shot it in Trafalgar Square, London, early one weekday morning. I was fascinated by the workers’ black legs and their graphic shapes against the white wall. I had been bending over for about half an hour, when a far too confident pigeon landed and decided to strut by. I instinctively shot this one frame but, as I was doing so, I noticed something had happened with the human legs. It all happened so quickly that I wasn’t exactly sure what I had got, but something felt right. When I saw my contact sheets, I was delighted to find legs within legs and that the coattails mimicked the pigeon’s tail. I like to think that humans aren’t the only ones that need to get up early for work.”

“In 2002, my wife and I adopted our baby girl, Carmen, from Colom- bia. While the courts processed her paperwork, we spent two months in Bogotá waiting to take Carmen home. I used that time to explore the city and contemplate my daughter’s birthplace.
During my long walks I regularly encountered homeless children. Seeing these kids was a profound part of my experience, but I couldn’t bring myself to make pictures. I suppose my feeling of connection with my new daughter overwhelmed my desire to be a photographer. As a substitute for the kids, I photographed the city’s many homeless dogs.”

“This image was taken at the Mugunga refugee camp in the Demo- cratic Republic of Congo. In 2008, Mugunga had an estimated 90,000 inhabitants. When I visited, the UNHC was in the beginning stages of moving the entire population 2 kilometers away from the fast ap- proaching rebel forces.
I climbed a hill on the north side of camp to get a view of the thousands of makeshift shelters. Sitting alone at the top was Wembe, listening to his radio. Wembe has had this radio ever since escaping a rebel attack in his village, one year ago. It was the only possession he was able to keep. Wembe told me that he climbs the hill every day to listen for good news.”

“It is speculative for anyone but the ones involved to talk about empathy or emotional connection in a photograph. Once an artist is dead we rely on stories that surround certain images. In some rare occasions we hear from the person in the picture, who might tell us how the picture came about. This image of a shepherd in Bomarzo is such an example. After the book Italy was published with this image on the cover, we found out that the 12-year-old in the image was an orphan boy from Southern Italy. By then he had lived in Germany for the past 40 years and remembered Herbert List very well. He said List had been the first adult to listen to the sad and adventurous stories of his childhood life. The day after this image was taken, List brought him his first bag of candies.”“

“When I take a camera in my hand, the world around me slows down. As do I. I love to work slowly, to have time. People, in an event like the one in this picture, will start to trust me in this way, which allows me to blend in.
For this image, I hung around at a religious gathering for hours. After a while, I stopped getting noticed. I feel comfortable working in this way.”