LONDON. “Audrey Hepburn: Portraits of an Icon” (2 July – 18 October 2015) follows the captivating rise of one of the world’s first truly international stars, from her early years in the Netherlands and as a dancer and chorus girl in London’s West End, to her becoming a stage and screen icon, and culminating in her philanthropic work in later life.

Photographs of Hepburn before she was famous, formal portraits, and photographs taken on set during the making of some of her most-loved films are brought together in the exhibition. Also on show are portraits of Hepburn by some of the leading photographers of the twentieth century, including Richard Avedon, Cecil Beaton, Angus McBean, Irving Penn, Terry O’Neill and Norman Parkinson.

Audrey Hepburn: Portraits of an Icon is the first UK exhibition to be organised with support from the Audrey Hepburn Estate and her sons, Luca Dotti and Sean Hepburn Ferrer. A remarkable selection of rarely seen photographs from their personal collection are included in the exhibition, ranging from an early photograph of Hepburn as a nine-year-old girl in 1938, to portraits from her last major photo shoot, taken by Steven Meisel in 1991. Many of these have never been seen before in the UK.

Highlights from the exhibition include examples of her early work in London as a fashion model for photographs by Antony Beauchamp for the department store Marshall & Snelgrove, and the highly successful Crookes Lacto-Calamine skin-cream campaign, photographed by Angus McBean in 1950. Photographs by Larry Fried, showing Hepburn in her dressing room on Broadway for Gigi (1951); Hepburn captured in Italy at the time of filming War and Peace (1955) by Philippe Halsman and George Daniell; publicity photographs for Funny Face (1957); and Terry O’Neill’s photographs taken during the making of films How to Steal a Million (1966) and Two for the Road (1967), are among the portraits on show, documenting Hepburn’s transformation throughout the 1950s and 1960s, and her key roles on stage and screen.

Also included in the exhibition are vintage magazine covers, from the Picturegoer in 1952 to the front cover of Life magazine featuring Hepburn in Givenchy for her role in Breakfast at Tiffany’s in 1961, taken by Howell Conant. Original film stills and ephemera complete the story of one of the world’s most photographed women.

Born in Brussels, Belgium (1929), to a Dutch Baroness and an Anglo-Irish father, Hepburn moved to London from Amsterdam in late 1948 to take up a ballet scholarship at the Rambert Ballet School in Notting Hill. After a number of important stage performances as a chorus girl in the West End, Hepburn made her earliest screen debuts in British films. Her critically acclaimed stage performance in Gigi (1951) introduced Hepburn to American theatre audiences and confirmed her position as a new star. Throughout the 1950s and 1960s, Hepburn’s career flourished with a string of highly successful roles, and she became the first actress to win an Academy Award, Golden Globe, and BAFTA Award for a single performance (her leading role in Roman Holiday, 1953). Hepburn worked as a Unicef ambassador from 1988 until her death in 1993. She was awarded the Presidential Medal of Freedom in 1992 in recognition of her contribution to the arts and her humanitarian work.

AUDREY HEPBURN: PORTRAITS OF AN ICON 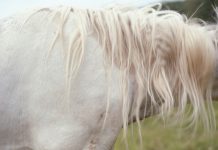 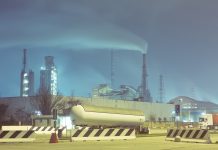 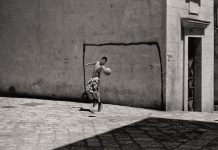