Mary Ellen Mark, who passed away last year, is known for her photojournalism, documentary photography, and notably, her portraiture. Attitude: Portraits by Mary Ellen Mark, 1964–2015 is curated by Melissa Harris, editor-at-large, Aperture Foundation, who notes, “In choosing the images from among many of her key series, I was defining attitude in terms of a sense of self, a kind of awareness and confidence, self-possession.”

The exhibition surveys highlights from many of her series including Indian Circus, humorous and bizarre shots of performers and contortionists and their animals from India’s liveliest circuses; and Falkland Road, gritty images of prostitutes and their patrons on a notorious street in Bombay.  Selections from Twins and Prom explore – in large format Polaroids – siblings at the Twins Days Festival in Twinsburg, Ohio, and prom-goers across the U.S. Images from Mark’s work for LIFE magazine about the Damms, a homeless family in California, express the grim reality of survival on spare change and welfare checks. Also on view will be work from Streetwise, which portrays homeless and troubled youth in Seattle including a girl named Tiny. Work from Tiny: Streetwise Revisited, her series completed in 2015, encapsulates Mark’s 30-plus years photographing Tiny, now a middle-aged mother of ten. Mark also photographed on film sets and is known for her celebrity portraits including images of Marlon Brando, Sean Penn, Woody Allen, and Yoko Ono. Through her work, Mark “got you to feel, without telling you what or how to feel,” noted Harris.  “She was passionate and compassionate. Life mattered. Animals mattered. People mattered.”

Mary Ellen Mark (1940-2015) was born in Philadelphia and achieved worldwide visibility through her photographs. For over four decades, she traveled extensively to make influential pictures that reflect a high degree of humanism. During her lifetime, her photo essays and portraits were exhibited worldwide and appeared in numerous publications, including LIFE, The New York Times Magazine, and The New Yorker. Her photo essay on runaway children in Seattle became the basis of the Academy Award–nominated film Streetwise, directed and photographed by her husband Martin Bell, and was published in book form in 1988. Mark published 21 books, including Ward 81 (Simon & Schuster, 1979), Falkland Road(Knopf, 1981), Streetwise (second printing, Aperture, 1992), American Odyssey (Aperture, 1999), Twins (Aperture, 2003), Exposure (Phaidon, 2005), Seen Behind the Scene (Phaidon, 2009), Prom (Getty, 2012), and Tiny: Streetwise Revisited (Aperture, 2015). 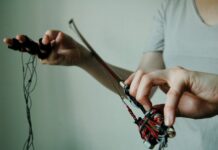 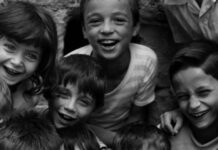 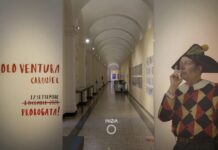