Foam is pleased to present the first solo exhibition of young French artist Noémie Goudal (b. Paris, 1984). Her portfolio was previously published in the 2012 annual Talent issue of Foam Magazine, and Foam has been closely following her robust and consistent development ever since. Typical of Goudal’s work are layered photos of quiet, mysterious landscapes which she combines with elements of modernist architecture appearing to have an archaic quality. The landscape becomes a theatrical setting distinguished by an intriguing aesthetic. The photographic series are the result of spatial interventions and physical constructions which examine the two- and three-dimensional relationships in the image. The interventions are exclusively carried out at the location where the photographic work is created.

Although the sharply focused, nearly surreal images are reminiscent of digital manipulation, they are in fact analogue photos which have been very precisely shot. Goudal’s working method demands an exceptionally concentrated and patient approach as her images are created under very specific conditions. The final works generate tension due to the incongruous proportions in the image which are only revealed in very subtle ways.

In addition to photography, Goudal makes video work that is thematically linked to her photos, but in which a great part is played by human physical presence and people’s (often unproductive) actions. These performance-like video works will be projected large-format at Foam, enhancing the visual experience. A few spatial works will also be presented, such as Study for Perspective 1 (2014). This life-size installation analyses a photograph of an architectural space, resulting in a three-dimensional experience.

After graduating from the Royal College of Art in 2010, Noémie Goudal’s career has advanced rapidly. Her work has been shown in various international group exhibitions and has been presented in prominent establishments. She has also won several major prizes and grants, such as the Prix HSBC prize for photography in 2013. Her work is included in prestigious collections such as the Saatchi Gallery, Fotomuseum Winterthur, the David Roberts Art Foundation and the Conran Foundation. She lives and works in Paris and London and is represented by Edel Assanti (London) and Galerie Les Filles du Calvaire (Paris).

The Geometrical Determination of the Sunrise is an initiative by The New Art Gallery Walsall, UK, and was created in collaboration with Foam. A special publication appears with the exhibition, including an essay by Marta Gili, director of Jeu de Paume in Paris.

With the support of l’Ambassade de France aux Pays-Bas. 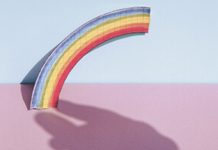 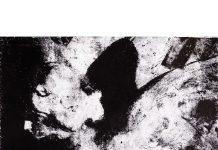 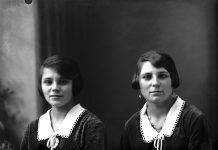