WASHINGTON—The National Museum of Women in the Arts (NMWA) presents Organic Matters—Women to Watch 2015, the fourth installment of NMWA’s biennial Women to Watch exhibition series. On view June 5–Sept. 13, 2015, this exhibition explores the relationships between women, art and nature, examining contemporary women artists’ complex views and inventive treatments related to the theme of nature. Through a diverse array of mediums, including photography, drawing, sculpture and video, the featured artists depict fragile ecosystems, otherworldly landscapes and creatures both real and imagined.

This series presents emerging or underrepresented artists from the states and countries in which the museum has outreach committees. Committees participating in Women to Watch 2015 worked with curators in their respective regions to create shortlists of artists working with the subject of nature. From this group, NMWA curators selected 13 artists, one representing each of the participating committees.

“The connection between women and nature has a long history, one that is fraught with gendered stereotypes and discriminatory assumptions,” said NMWA Director Susan Fisher Sterling. “The contemporary artists selected for the 2015 installment of Women to Watch turn this archaic paradigm upside-down.”

Historically, women artists were encouraged to take the natural world as their subject because still lifes and portraiture seemed to require merely the power of observation, in contrast to history and religious painting, which required invention and imagination. “The artists highlighted in Organic Matters build upon and expand the pre-existing conceptualizations of women’s relationship with nature by actively investigating the natural world—to fanciful and sometimes frightful effect,” said NMWA Associate Curator Virginia Treanor. “Collectively, their work addresses modern society’s complex relationship with the environment, ranging from concern for its future to fear of its power.”

Artists of the feminist movement of the late 1960s and 1970s embraced the idea of women’s supposed bond with nature and focused on new subjects, including the figure of the mother goddess. The environmental movement developed alongside, and often intertwined with, the feminist movement. The proponents of what is sometimes labeled “ecofeminism” argue that the domination of nature and women by patriarchal systems are inextricably linked, being viewed as existing to serve the needs of man. This philosophy holds that men, women and nature are inseparably bound in a common ecosystem, each relying on the others for survival. The artwork featured in Organic Matters highlights the many different aspects of nature. In some works, the natural world is the only protagonist. Ysabel LeMay’s hyper-manipulated image of flora and fauna in Reflection (2014) conveys a sense of respite and refuge from the civilized world, while others, such as the hauntingly beautiful photographs from Lara Shipley’s series Devil’s Promenade, evoke humanity’s primal fear of the wild and the unknown terrors that lurk there.

The relationship between humans and nature is captured in works like Andrea Lira’s video sequence RHYTHMS (2013), which speaks to the interdependence of humans and plants and the simultaneous fragility and tenacity of both. In Mimi Kato’s hybrid digital landscapes, the woods are a place of enforced and regulated recreation, invariably altered by those who visit, while Dawn Holder’s Monoculture (2013) more obliquely references humans’ detrimental manipulation of nature through her manicured porcelain “lawn.”

Pollution and climate change are the subjects of Jennifer Celio’s meticulous drawings that make explicit the threat of human encroachment upon the natural world, while the photography of Italian duo Goldschmied & Chiari takes a more lyrical approach, referencing iconic Western painting styles such as French Impressionism within carefully constructed compositions. Mary Tsiongas’s videos actually incorporate works by past artists of New Mexico such as the botanical illustrator Edward M. Skeats, mediating nature through art as well as art through technology. Empirical scientific observations act as the foundation of Rachel Sussman’s photographs, which document some of the oldest organisms on the planet, and Rebecca Hutchinson’s ethereal constructions made from porcelain paper clay are based on the artist’s close observation of nature. Jiha Moon fuses nature and ethos in her works in paint and ceramic, where repeated and juxtaposed motifs of animals, fruit and flowers offer a multiplicity of meaning, signifying both American and Korean culture. Oversized children and animals are paired in dream-like vignettes in Françoise Pétrovitch’s works, while Polly Morgan uses taxidermy animals to likewise address the primordial concerns of all organisms—life and death.

The Women to Watch series expresses NMWA’s commitment to presenting the work of emerging artists as well as the vital role of the museum’s outreach committees. NMWA currently has 18 outreach committees with more than 2,000 dedicated members throughout the United States and around the world and continues to expand its network. Members work with local museum directors and curators, education experts and business leaders to capitalize on their region’s artistic, financial and educational strengths and resources in order to develop meaningful programming and build a bridge between their communities and the museum.

Organic Matters—Women to Watch 2015 is organized by the National Museum of Women in the Arts and generously sponsored by its participating committees in Arkansas, Southern California, Chile, France, Georgia, Italy, the Greater Kansas City Area, Massachusetts, New Mexico, the Greater New York Area, Ohio, Texas and the United Kingdom, and by the members of NMWA. Support for Les Amis du NMWA (France) is provided by the GRoW Annenberg Foundation, and support for Gli Amici del NMWA (Italy) is provided by Vhernier. 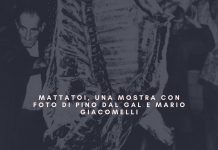 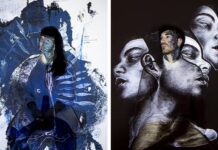 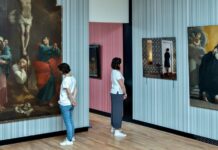