New York. Danziger Gallery is pleased to announce our second solo show of the work of Mark Cohen called “Closer” (May 11 – June 11, 2016).

Comprised of works from the early to middle 1970s, many of the prints are unique and being exhibited for the first time.  Focusing largely on pictures of the body, the title “Closer” refers to Cohen’s particular contribution to the medium of photography and his trademark style.  At a time when street photography was finding its place by looking at the harmonic or dissonant intersections of people and their environment Cohen got closer to his subjects than anyone else.

Shooting in the gritty environs of Wilkes-Barre, Pennsylvania, Cohen’s literal and innovative closeness came from his method of holding the camera at arm’s length just a few feet away from his subjects.  He shot without looking through the viewfinder, intuitively finding the perfect moment and composition.  Intrusive but elegant, by turns brutal and sensuous, Cohen’s cropped bodies and faces and the examined texture of skin and clothing reveal a finely tuned aesthetic consistency.  Every picture is printed full frame.  No subject is observed without purpose. “They’re not easy pictures. But I guess that’s why they’re mine.” Says Cohen.

Mark Cohen was born in Wilkes-Barre, where he lived and photographed for most of his life. (He now lives in Philadelphia.) His work was first exhibited in 1969 at the George Eastman House but came to prominence with his first solo exhibition at MoMA in 1973.

Cohen is the recipient of two Guggenheim Grants and his work is in the collections of major museums from the U.S. to Japan. His most recent retrospective in 2013 at Le Bal in Paris and the accompanying publication “Dark Knees” were singled out by critics around the world as outstanding achievements in photography.

This past year saw the publication of “Frame.  A Retrospective” published by the University of Texas press and containing over 250 images.  Along with several notable museum acquisitions, the Victoria and Albert Museum recently acquired 42 of Cohen’s prints for their permanent collection. 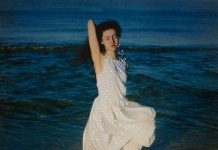 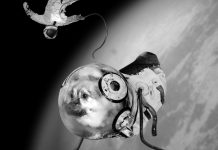 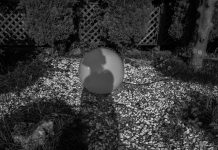